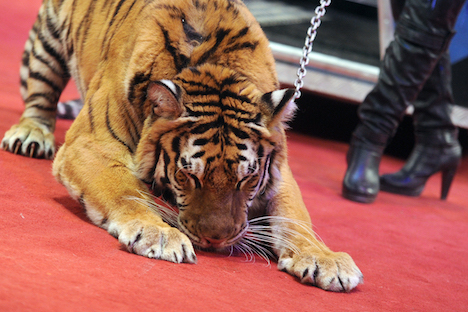 Czech deputies have reached the homestretch on the way to ban circuses with animals. The necessary amendments to the legislation were adopted by the lower house of parliament. True, the rejection of numbers with the participation of representatives of wild fauna will not occur immediately.

The law in force until now prohibited the use of certain species of animals born after 2004. These include monkeys, rhinos, hippos, giraffes, pinnipeds and cetaceans, with the exception of dolphins. Now the ban on training will affect newborns of all species of wild animals without exception.

The approved ban will be in effect from 2022, Ekolist reports. It will enter into force if approved by the Senate and the President, but practically no one doubts that they will agree on the new norms.

Two years ago, in a national poll, 74% of Czech residents were in favor of legislative changes to stop the use of animals in circuses. The Czech Association of Veterinarians who treat animals in the wild and in zoos also recommended that the new norms be adopted by the deputies earlier in 2020.

The ban on the use of wild animals in circuses is a global trend. According to international media reports, it already covers more than 50 countries, including 15 European states.