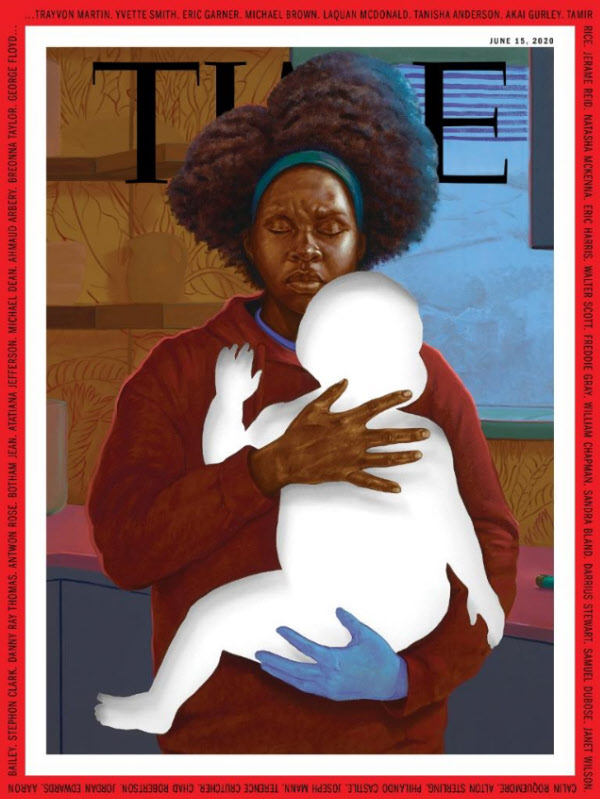 Time magazine recently posted a picture of its mother holding her child in sorrow on the cover of the latest issue released on the 5th (local time) on Twitter. The figure in the mother’s arms in the picture was cut out. This picture expresses the anger and despair of black mothers.

This painting is the work of painter Titus Kappa. “The United States should listen to the voice of a black mother,” Kapa emphasized through a description with a picture. Kappa also painted in time when Ferguson, Missouri, drew a picture at the time of the “Fergerson Situation” in protest against white police officer Darren Wilson shooting a young man, Michael Brown, and killing him, according to local media WUSA90.

The border of the cover was filled with the names of 35 blacks who had been victimized by racism. It is a list that begins with Treyburn Martin, a teenager who was murdered eight years ago and ends with George Floyd.

“This is the first time that people’s names have been put on the red border of the cover of Time magazine,” Time said. “The deaths of these 35 black men and women are mostly caused by police and are the result of systematic racism.” In addition, Time added, “They helped the rise of the movement of’BLACK LIVES MATTER’ and the lives of black people.”