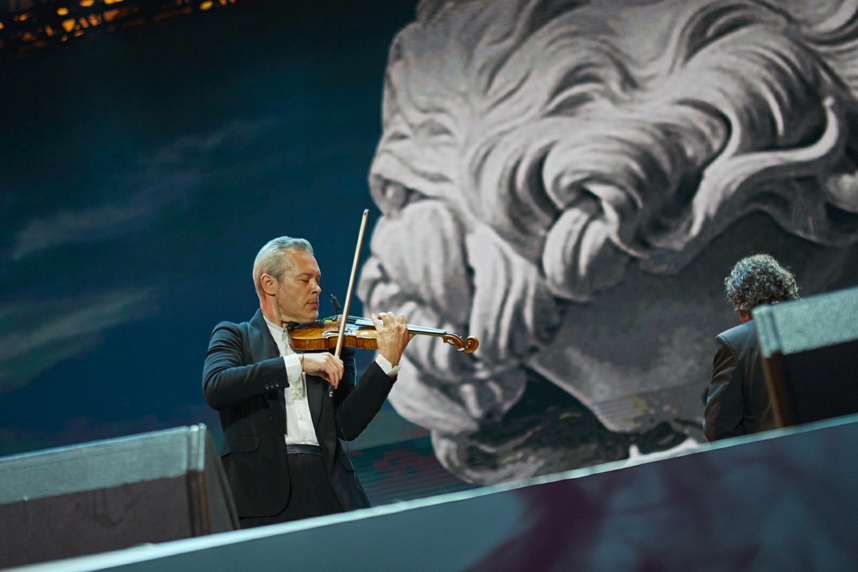 From March 5 until March 7 2020 Strasbourg Music Palace will host concerts of the VII Trans-Siberian Art Festival, established and headed by the Russian violinist Vadim Repin. Concerts will be held under the auspices of the international cultural project “Russian seasons” in France.

Three concerts in Strasbourg will emerge as a kind of prologue to the festival’s events to be held between March and October 2020. March 5 and 6 will be marked with a program “Dance of Strings” so much anticipated by music devotees: «Chorós Chordón» by South Korean composer Unsuk Chin, a violin concerto with Aleksandr Glazunov orchestra, Pyotr Tchaikovsky’s Symphony No. 4. Maestro Vadim Repin will be performing a solo part, Strasbourg Philharmonic Orchestra will be conducted by the representative of the South Korea, a conductor Shi-Yeon Sung.

The concert “Chamber music: Russia between turbulence and sufferings” will be held on March 7 and will incorporate trio for piano № 2 by Dmitri Shostakovich and trio for piano “In memory of the great artist” by Pyotr Tchaikovsky. Vadim Repin (violin), Aleksandr Knyazev (cello), Andrei Korobeinikov (piano) will be performing solo parts.

Trans-Siberian Art Festival is a Russian Forum headed by a Russian musician Vadim Repin. The name of Trans-Siberian Highway underlying the title of the festival not only reflects the idea of bringing together the cultures of the East and of the West, but also an idea of joining into a single creative highway a multitude of Russian towns and other countries.Every year the Forum features premieres by contemporary composers. One of the major principles underlying the festival is extending global music space by inviting artists of the highest level to remote regions of Russia.

Events of the Russian part of the Forum will be held from March 20 until April 18 in Novosibirsk, Krasnoyarsk, Tomsk, Moscow, St. Petersburg, as well as in cities of Novosibirsk region and the Krasnoyarsk Region, and in autumn in Samara, Tyumen and Tobolsk. The foreign part of the tour will take place in France and Japan. The festival will not stay away from the celebrations dedicated to the 75th anniversary of the Great Victory and the 250th anniversary of Beethoven’s birth.

“At his time Diaghilev blew up the minds of conservative Europe by bringing Russian ballet, musicians, artists. That is why “Russian seasons” have grown to become a symbol of new, fresh and unusual in art. I am delighted that a century later this project has been given a new lease of life, and I am proud that it is the fourth time that concerts of Trans-Siberian Art Festival have been its integral part”, – noted Vadim Repin.

March 5-7 – concerts of Trans-Siberian Art Festival with the participation of Vadim Repin.

“Russian Seasons” is a grand-scale project focused on the introduction of Russian cultural traditions to European audiences. More than 400 events are scheduled as part of the festival that will be staged in France, Belgium and Luxembourg until the end of 2020: exhibitions, theatre performances, concerts of symphonic music, ballet productions, cinema art projects, tours of the leading folk art companies, circus and art festivals.